Two of the biggest players in the US food industry, Nestlé and Post, have teamed up with the world’s biggest brewer to upcycle spent grain.

Greg Belt, former global vice president of sustainability at AB InBev, has spent the best part of a decade developing EverGrain, an AB InBev subsidiary that offers nutrient-dense ingredients made from the barley protein that is left after beer brewing. And while many have told him the concept lacks potential, it has recently been given a huge nod of approval in the form of partnerships with two food giants.

The brewing industry produces an estimated 9 billion tonnes of used grain globally every year. Thanks to EverGrain, around 50 tonnes of that will now go into ingredient solutions rather than being turned into animal feed or simply thrown away.

The company officially launched its first product in January 2021 and now offers three solutions for manufacturers that want to boost the protein and fibre content of their products:

Usage areas for the products range from plant-based milks to smoothies and bakery products. Food giants Nestlé and Post use the ingredient to boost the sustainability and nutrition profile of protein powders and crackers respectively, under the brands Garden of Life and Airly.

Other product launches are expected later this year, and EverGrain is also exploring opportunities in used hops or yeast with the aim to turn itself into a meaningful revenue stream for AB InBev. 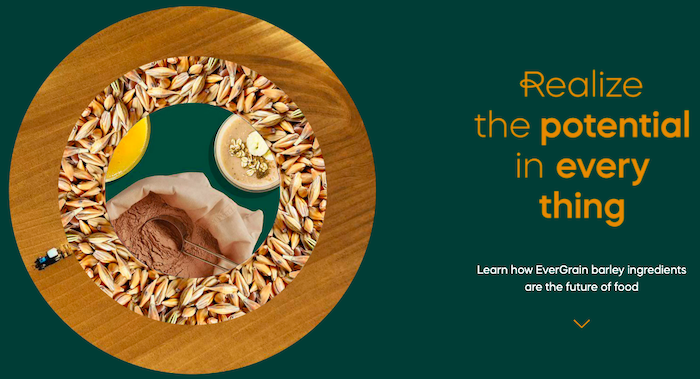 Recent blogs
Tackling climate change from the roots up A chocolate cookie rooted in vegetables Air nuts and cheeseburger jerky - observations from London Challenge Butter proves that fat = flavour Reinventing a familiar protein Vegan chocolate brand launches products made with grass-fed dairy Too good to waste? A ryevolutionary launch Plant-based dishes hit hard by the pandemic All not well for Pepsi's Driftwell