Selling out in its first week on the shelves, Sweden’s first methane-reduced beef aims to address sustainability concerns and roll back the tide of negativity around meat. Sweden-based Volta Greentech partnered with food company Protos and supermarket chain Coop to launch the beef, promoted as “your new meat”.

The product debuted in June 2022 under the LOME brand, which stands for “Low on Methane”, in Coop supermarkets across Stockholm and the island of Gotland. It retails mainly in a ground beef format, with some finer cuts also available. At SEK 59 ($5.32/€5.42) per 500g pack, the product was priced similarly to regular mince-meat. 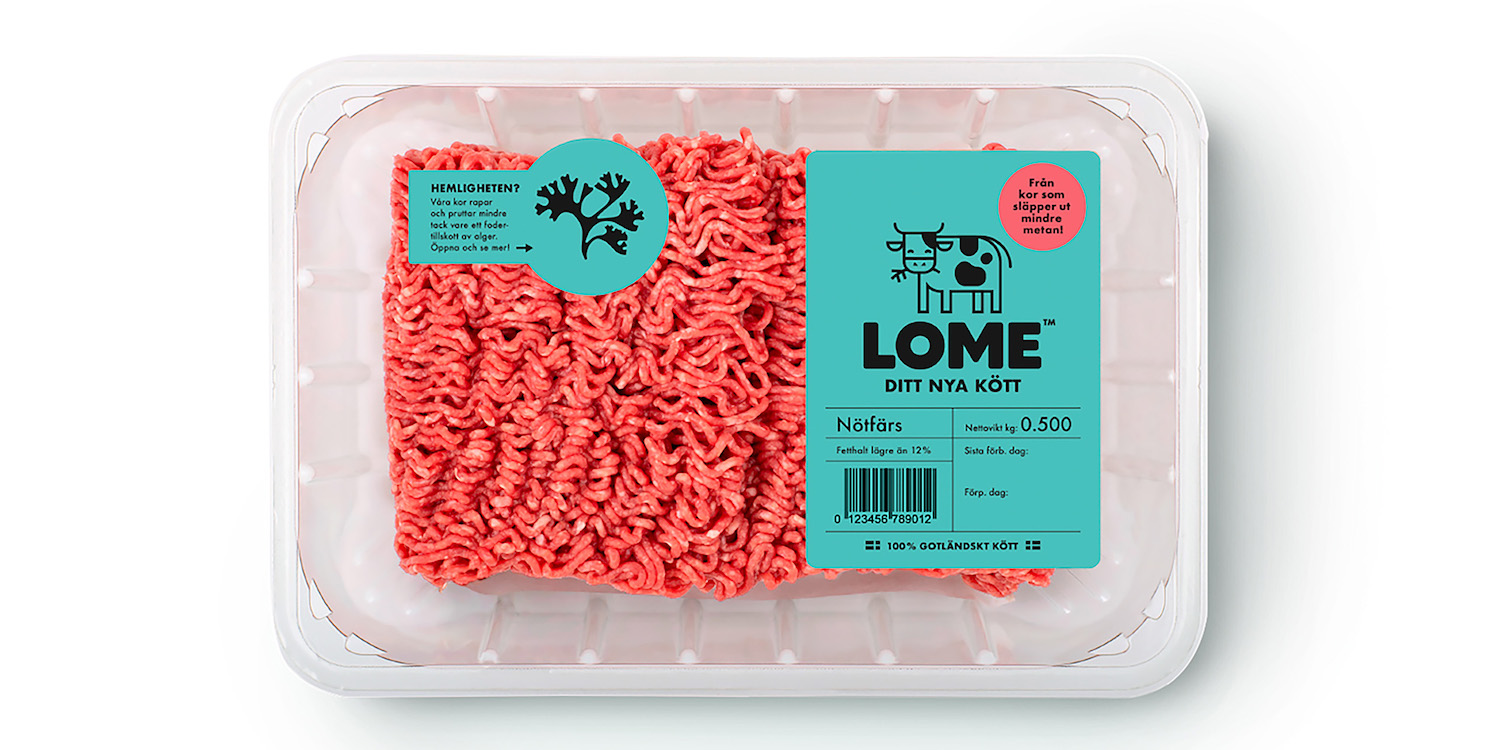 By supplementing the cows’ diet with Volta Seaweed, a supplement made from red seaweed grown in Sweden, the company achieved an average 80% methane reduction during the pilot project’s three-month trial period. This is thanks to the bioactive compounds found in the seaweed, which block one of the enzymes needed by the methane-producing bacteria in the rumen.

Methane emissions caused by cattle make up nearly 6% of Sweden’s total greenhouse gas emissions. Meanwhile, 23% of Swedes are actively trying to reduce their meat consumption and 19% say they are moving towards a more plant-based diet for environmental reasons, according to a consumer report from insights & communications agency Food & Friends.

LOME’s beef has been a hit with Swedish consumers, selling out in most stores within one week of launch, and the partners of the pilot project hope to take the concept further.

“This paves the way for future Swedish meat production, with the right production method we show that meat is a high-quality food even from a climate point of view”, Protos’ CEO Thomas Östlund said in a media interview.