In 2019, British start-up Yåar created a new category within the UK dairy sector with the UK’s first handheld quark bars (read more in NNB October 2019). The brand quickly gained traction, offering “sweet tooth satisfaction without the scary calorie count” and can be found in major retailers such as Sainsbury’s, Co-op and Waitrose.

Now, major Swiss company Mövenpick has teamed up with German start-up Quarkwerk to launch a similar product in Germany. The product will come in vanilla, chocolate and berry flavours and is touted for its high protein content (a 40g bar contains between 9.6-11.3% protein). The bars are further promoted for being fresh and for offering guilt-free indulgence, while being described as “the new dairy sensation”. 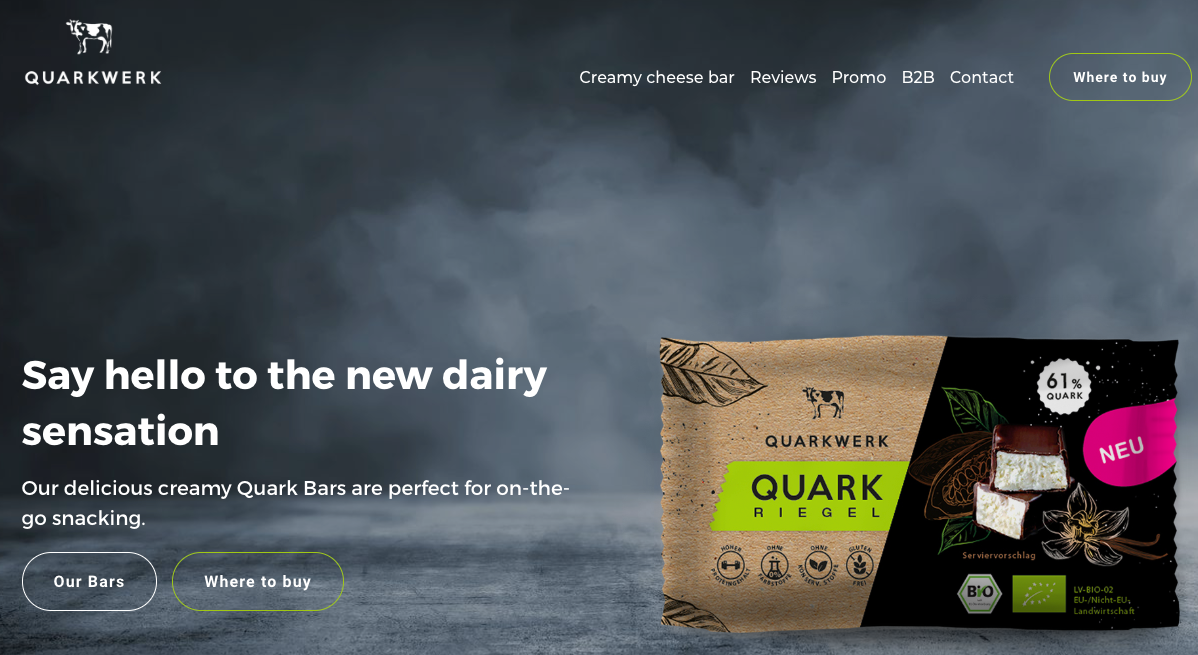 However, to any consumer with roots in Eastern Europe, there is nothing new about this. In countries like Ukraine, Russia, Poland and the Baltics, quark bars (or curd bars, as they’re sometimes called) were introduced during the 1950s and are well-established as a healthy alternative to sweets for kids, or as an energising snack for adults. The most common flavours are vanilla and chocolate, followed by various berry flavours.

One Estonian consumer told us that kohuke, as the product is called in Estonian, “made a huge comeback when I was growing up in the 90s, and it was the only sweet thing to be allowed in my school”. Meanwhile, a Ukrainian consumer said that seeing the Quarkwerk and Yåar products “brings back fond memories from childhood”, with major dairy companies such as Lactalis selling the product in Ukraine under the brand Lactel.

The quark bars are not dissimilar to the Greek yoghurt bars sold by Clio in the US – which coincidentally was founded by a native Ukrainian. In fact, Yåar renamed its quark bars “yoghurt bars” last year – presumably to increase consumer understanding, as awareness of quark is still low in the UK.

Quark bars connect to a powerful mixture of established and emergent trends – from animal protein and cheese snacking to provenance and real food. They are a great example of a traditional food reinvented for a new market; a strategy that is the basis of many success stories the world of food and health.