Consumers have long held negative perceptions of the quality and taste of frozen foods. But in 2018, sales volumes of frozen foods grew for the first time in five years, outpacing total store and fresh sales.  In the US:

Frozen is making a big comeback and is on the radar of major brands, from new entrants to those with big frozen portfolios – and some are trying to disrupt entire categories with an entirely new “frozen approach”. 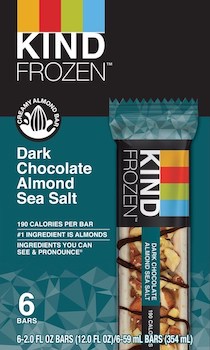 Growing from $15 million in 2010 to over $700 million in 2018, Kind was the first snack bar brand to focus on “ingredients you can see and pronounce”. The success of its tasty and simple approach has pushed major brands to adopt a similar strategy in the snacking market. Now, Kind wants to disrupt the category yet again with its first frozen snack bar. This almond paste, sea salt and dark chocolate has 10g of added sugars, sitting between a snack and an “ice-cream” bar, but it stays aligned with Kind’s core messages: no artificial sweeteners, sugar alcohols or GMOs.

Other brands are riding the “frozen wave”, branching out to different formats and categories. The 133-year-old Del Monte Foods – known for canned fruit and vegetables – has recently moved into different parts of the grocery store for the first time with Veggieful frozen bites. These snack bites are filled with vegetables and baked in a cauliflower crust that offer an easy and convenient way for consumers to eat more veggies.

Kellogg is familiar with the frozen aisle, with its Eggo frozen waffles and MorningStar Farms soy-based meat substitutes. It recently launched high-protein frozen waffles under its Off the Grid brand. Containing 12g of protein per serving, these are described as a “convenient, filling breakfast product”.

With manufacturers investing in new technologies for optimal quality and flavour, it is likely that frozen will start winning even more consumers’ hearts. 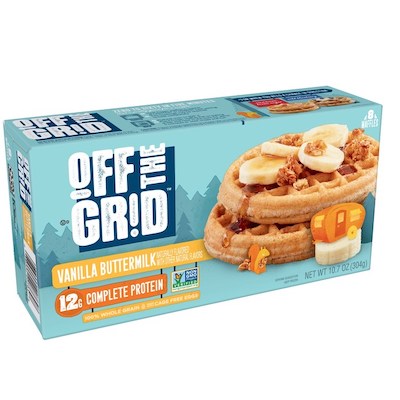