Reindeer snacks and the power of the tube: Observations from Sweden
Mikaela Lindén

One of our many strengths at New Nutrition Business is our multi-cultural team – all of whom find it impossible to resist visiting supermarkets when they’re on an international business trip. A recent trip to Sweden revealed reindeer snacks, the power of the tube, and Swedes’ impressive sweet tooth.

1. Dairy holds its ground as a core part of the Swedish diet. Not only is there a large dairy section, but also a big fridge of on-the-go snacks (“mellanmål”) from single-serve yoghurt drinks to protein puddings and quark. Quark (“kvarg”) also has its own separate section, suggesting that the quark trend that took off in Sweden in the early 2010s remains strong. 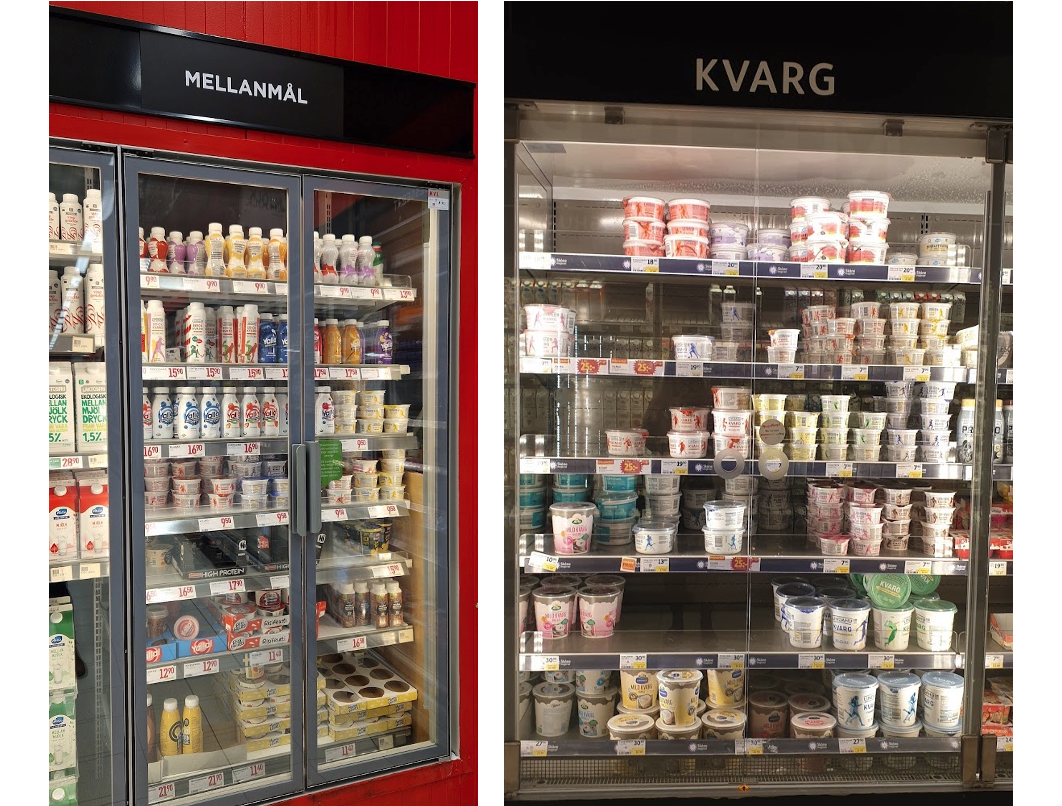 2. The 6-10% of Swedes that are lactose intolerant need not fear. The lactose-free section of any supermarket is extensive and has lactose-free versions of most popular products. An estimated 18% of all the milk sold in Sweden is lactose-free, indicating that many consumers buy lactose-free without actually being intolerant. 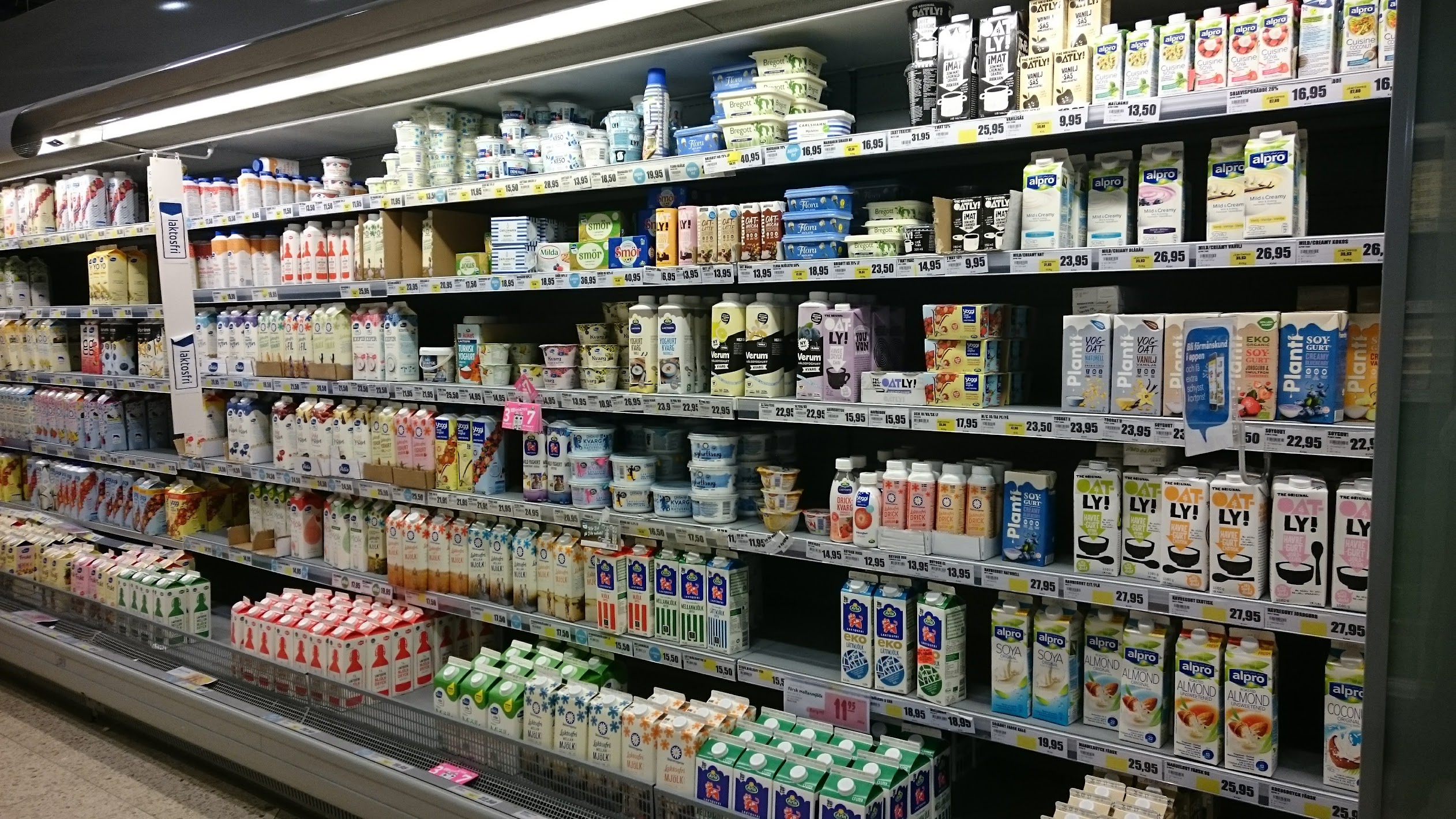 3. Despite its reputation as a country of healthy eaters, Sweden is frequently found near the top of lists of countries that eat the most confectionery. The average Swede eats around 15kg of sweets per year, twice as much as in many other European countries. However, Swedish sweet consumption is limited to one day per week (“lördagsgodis” or “Saturday sweets”). Children are taught that confectionery is something you eat only on Saturdays, and the sweets tend to be bought in the pick & mix aisle – an impressive fixture in all Swedish supermarkets: 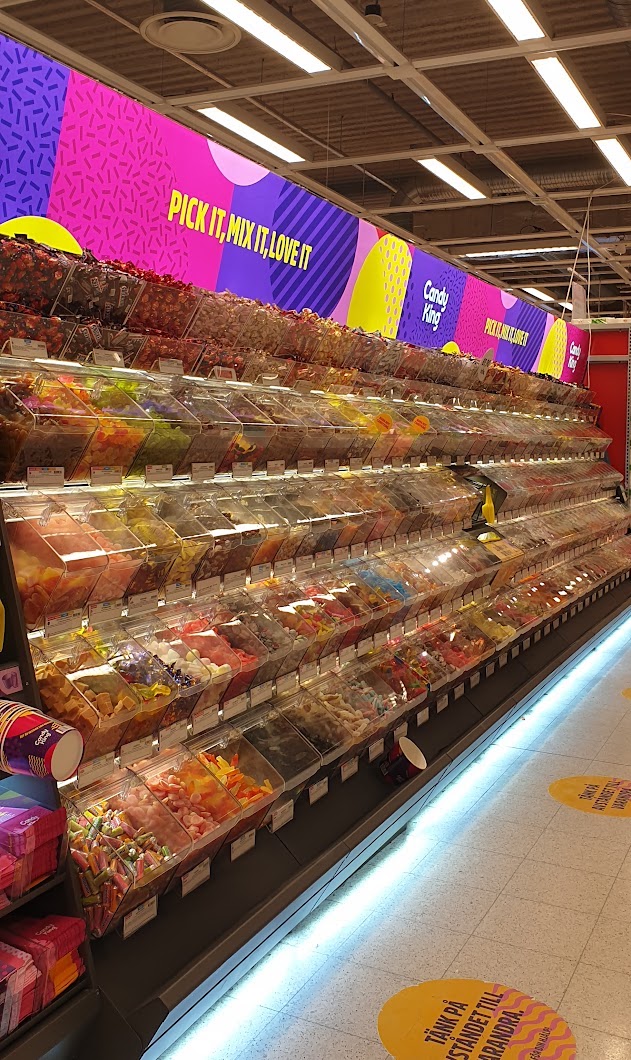 4. In response to the high consumption of confectionery, companies like Tropic and Exotic thrive by offering healthier versions – often presented in the same way as the pick & mix sweets. These ‘better-for-you’ options are known as “naturgodis”, meaning “nature sweets”, and tend to include a range of nuts and dried fruit covered in chocolate, yoghurt, honey and other sweet coatings. The past few years have seen the selection expand significantly to include more innovative products like liquorice-flavoured raspberries, cola-flavoured dates and almonds caramelised with cinnamon. 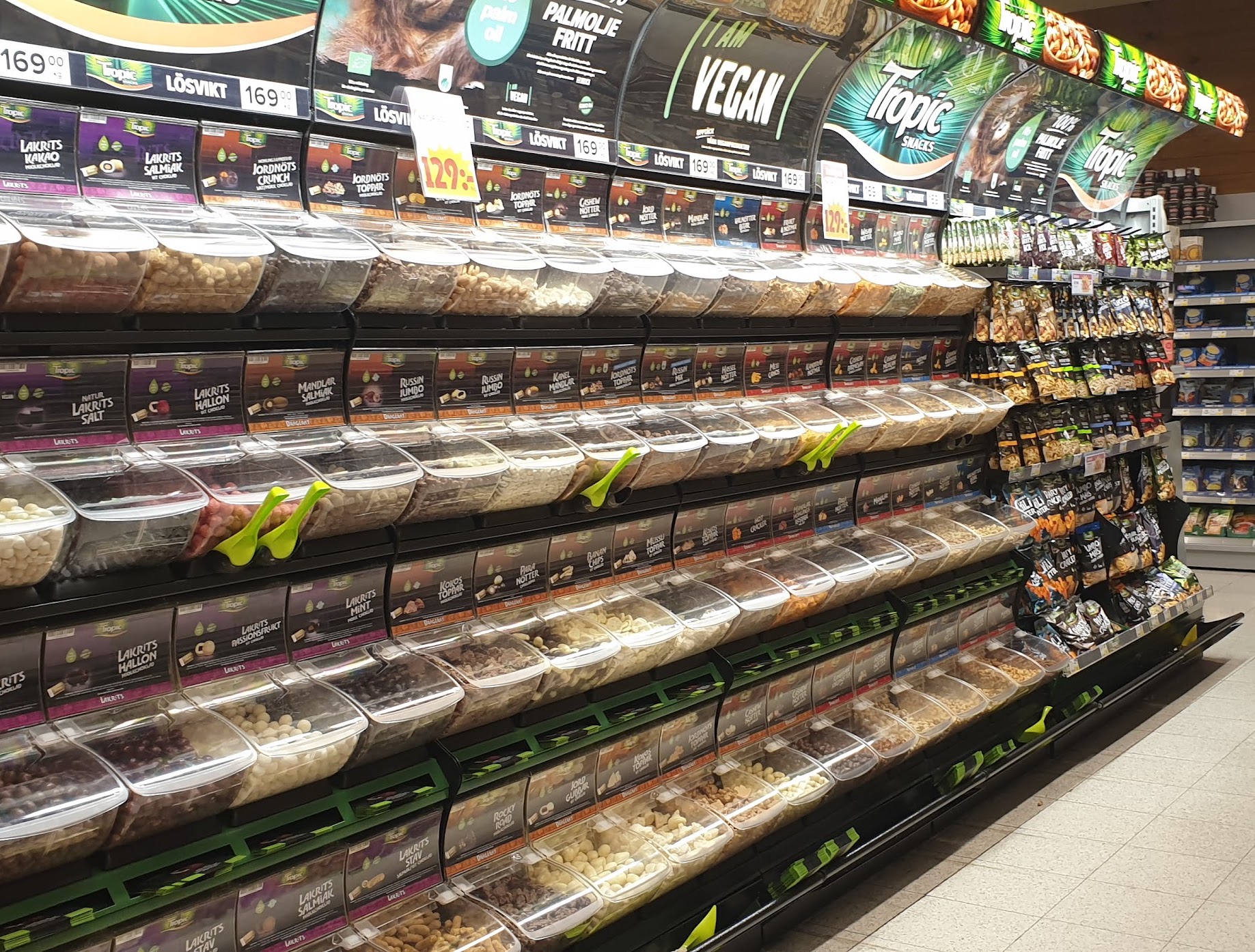 5. There is a running joke in Sweden that if you can figure out a way to put a food into a tube format, it will sell. Go into any Swedish supermarket and you will find an entire section dedicated to food sold in tubes. Most tend to be variations of cheese, flavoured with anything from smoked reindeer to crayfish or bacon, eaten on bread or used in cooking. There is also tuna paste, salmon mousse, hamburger dressing and of course the Swedish classic Kalles Kaviar: salted cod roe mixed with sugar and oil, often eaten as a sandwich topping along with boiled egg. 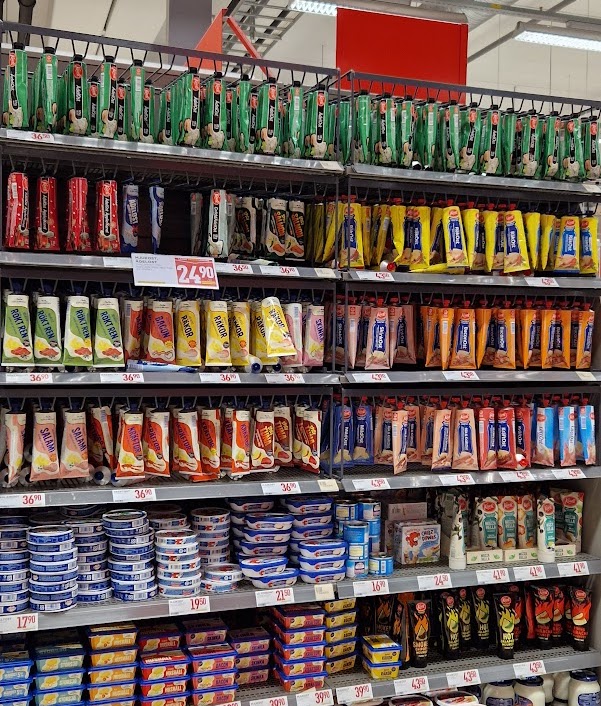 6. The meat snacking trend is alive and well, as illustrated by this fixture of “ölkorv”, meaning “beer sausage”. Varieties range from salami sticks and chorizo chips to more local options made from reindeer or moose. 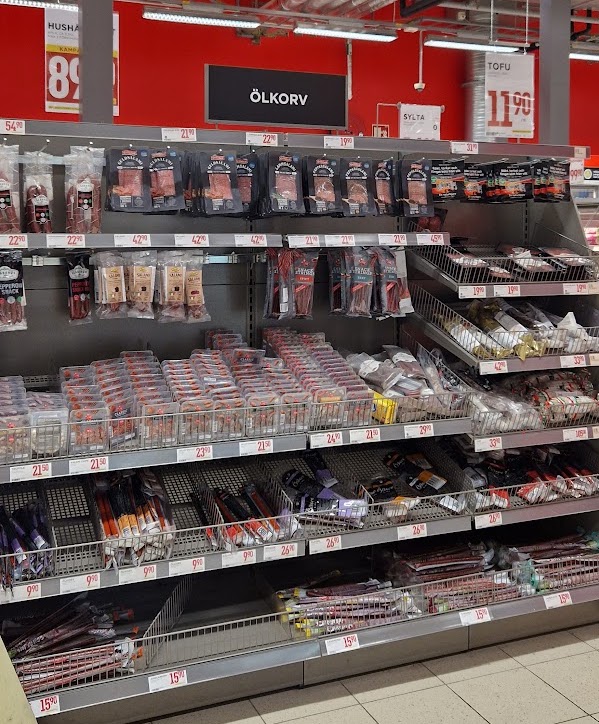 Recent blogs
Shortfall in nutrients plus problem of anti-nutrients challenge for meat substitutes Reindeer snacks and the power of the tube: Observations from Sweden Egypt: High fat, high protein and high brand loyalty Healthier for people and planet - New Zealand sets the direction for successful animal protein strategies The rise and rise of ‘real food’ Danone blends dairy with plants to foster future flexitarians Traditional Eastern cheese snack reinvented for the West Is Oatly en route to becoming one of the biggest failures in food industry history? Finding the positive in plant-based meat's Gen 1 failures Grass-fed dairy and snackable fish – observations from Portugal