Sweden’s image as a peaceful nation is under threat from a feud that’s been simmering for five years now – and which has come to be known as the “milk war”. And it's a conflict that shows just how fragmented are consumer views about food and health.

Back in 2014, a skirmish broke out between two major players in the Swedish food and beverage market, dairy company Arla and oat-milk brand Oatly. Sparked by a law-suit against Oatly filed by the Swedish milk industry – where Arla is the main player – it has since spiralled into a long campaign of attrition, with both sides taking aim at the other’s products through high-profile marketing campaigns.

Arla’s ‘only milk tastes like milk’ campaign of August 2018 made fun of milk alternatives by referring to them as ‘trölk’, ‘pjölk’, ‘sölk’ or ‘brölk’ instead of the real Swedish word for milk, ‘mjölk’.

Meanwhile, Oatly has created slogans such as “it’s like milk, but made for humans” and “wow, no cow!”, and has made bold statements on social media such as “everything old-school is almost always cool, except maybe old-school milk”.

The feud sparked up again in September this year with a new Oatly campaign telling consumers to “ditch the milk”. For any Swede aged 40 or older, that is, more than 50% of the population, this will be a familiar phrase – “Ditch the booze” (Swedish: ‘Spola kröken’) was the tagline of a public information campaign that ran between 1971-1988 to encourage Swedes to drink less alcohol. 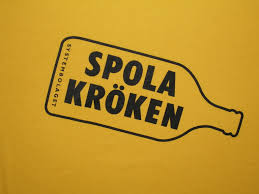 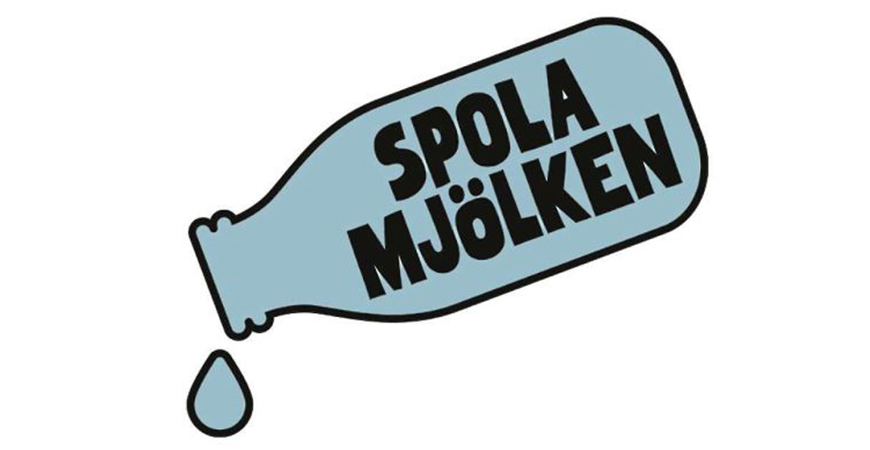 The logo for the "Ditch the booze" campaign vs. that for Oatly's "Ditch the milk" campaign. Images: Systembolaget, Oatly

According to Martin Ringqvist, creative director at Oatly, the aim of the campaign is “to highlight that we did a lot of stupid things back in the day. Like driving a car without wearing a seat belt or smoking on aeroplanes…We want people to consider their intake of dairy products. Not so much for health reasons, but for the climate.”

The thrust of the campaign is oat milk’s potentially smaller carbon footprint compared to dairy milk – but many Swedes are likely to interpret the campaign as Oatly equating the potential harm caused by milk to that of alcohol.

Ditch the Milk has outraged consumers, who vented their anger on social media (where among 22,000 entries around the time of the campaign, the most-used words included “skiten”, meaning “shit/crap”).

Angry farmers include some of Oatly’s own oat suppliers, who claim that the campaign causes unnecessary strain on the relationships within the Swedish farming industry and that the company would be better off promoting the positive aspects of its own products rather than putting down others.

Oatly has also filed a trademark registration application for the terms ‘trölk’, ‘pjölk’, ‘sölk’ and ‘brölk’ – the words Arla created for its 2018 campaign. Arla is contesting the move, saying it has been made out of spite; Oatly says it simply likes the words and wants to use them for its own marketing. And indeed, Oatly products temporarily branded as ‘pjölk’ and ‘brölk’ started to appear in Swedish supermarkets.

Two weeks after Oatly’s Ditch the Milk campaign kicked off, Arla launched a sequel to its 2018 Only Milk Tastes like Milk campaign. Billboards, posters and TV ads feature the words ‘trölk’, ‘pjölk’, ‘sölk’ and ‘brölk’ and an extra layer of humour was added to mock plant-based milk alternatives.

Arla staged a “takeover” of the central station in Stockholm – something that Oatly had done only weeks before.

Pillars and walls that two weeks earlier had been clad in posters encouraging people to “ditch the milk” and instead choose oat-based alternatives, were now covered in the message that only real dairy milk tastes like milk, and that alternatives were far from ‘the real thing’. Arla says the timing was coincidental, and that its campaign had been long-planned. 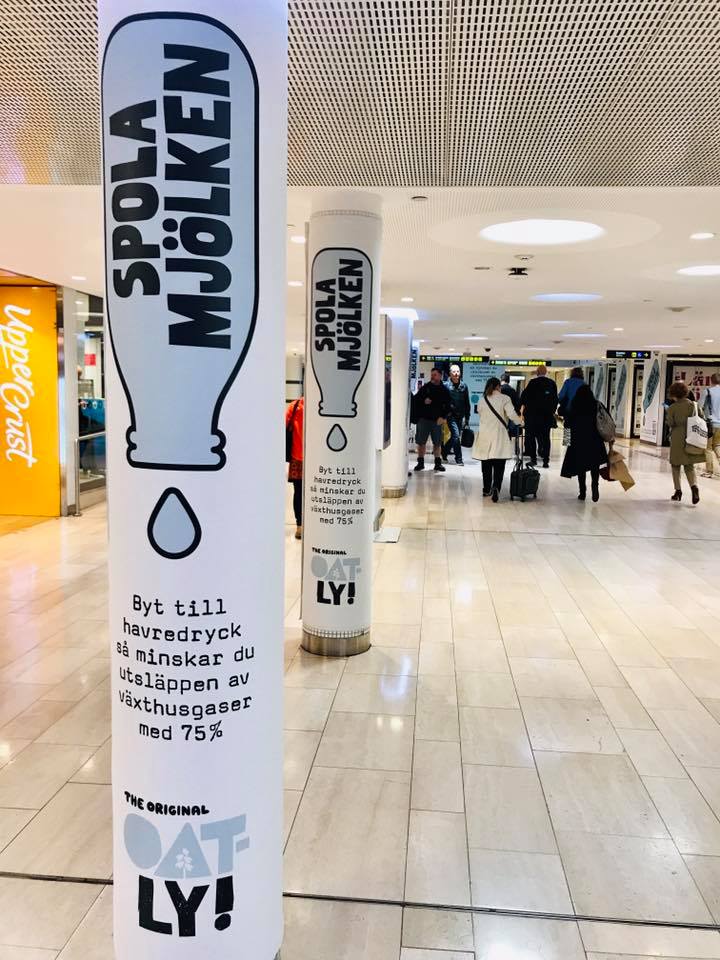 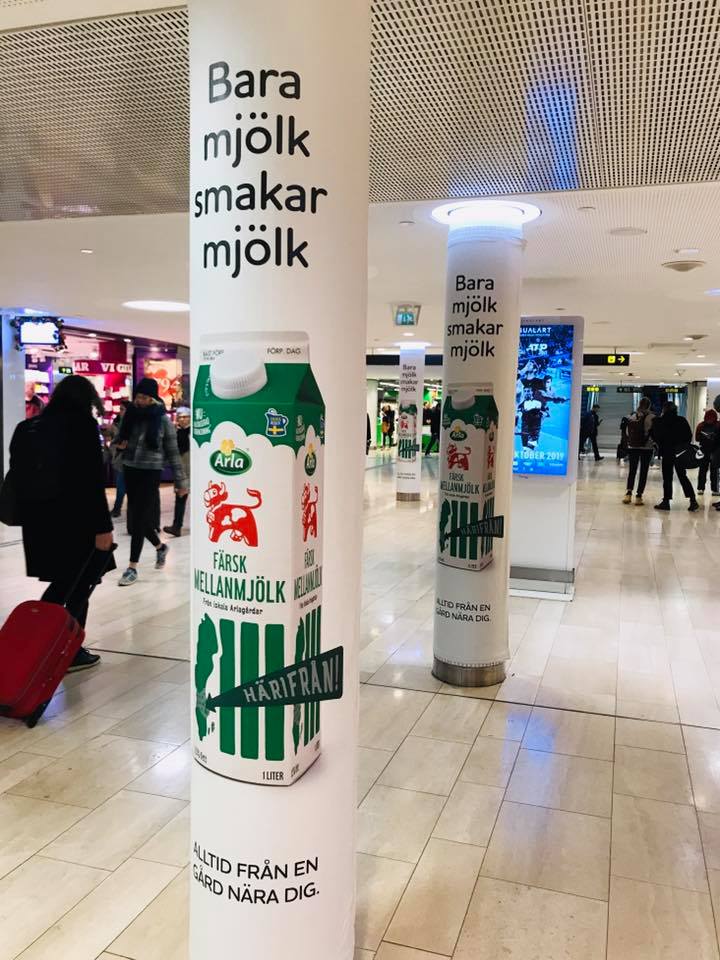 The milk wars have stirred up emotions among milk-lovers and Oatly-lovers alike, with Oatly in particularly coming under fire.  It will be interesting to see how recent moves affect sales numbers. And if you ask us, the milk war is far from over. The question is who will strike next – and how