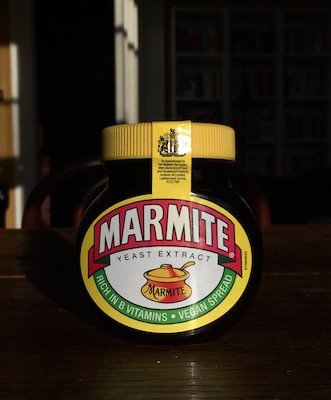 If your business sells a traditional food or beverage that’s perhaps looking a bit outdated in the modern supermarket – take heart. Because you probably won’t have to wait long before consumer trends bring it back into fashion.

Take Unilever’s Marmite brand – a thick, dark brown paste eaten as a spread. Developed from the by-products of beer brewing back in 1902, the “yeast extract” is now familiar in the UK, New Zealand, Australia, Switzerland and Brazil, where it is branded variously as Marmite, Vegemite, Cenovis and Cenovit.

Marketed as an energy food, thanks to its high content of B vitamins (it’s rich in vitamins B1, B2, B3, B9 and B12), it gained popularity fast. Its health claims and frugality – a jar lasts a long time – made it a very successful product, both in the home and as wartime rations. Marmite occupied the space between foods and dietary supplements long before strategy consultants began to think that was a new strategy.

Famous for its divisive taste, with British Marmite’s advertising proclaiming that ‘You either love it or you hate it’, yeast extract has become a cultural icon in many countries, particularly in Australia, where academic studies have explored Vegemite’s role as a marker of national identity.

Now, Marmite’s connection to consumer trends is breathing new life into this traditional food. Its benefits include energy (a top-10 consumer need) and it’s suitable for vegans – a benefit that’s becoming more interesting since plant-based diets cannot deliver adequate B12 except by supplementation.

It has a story of provenance and heritage, and even scores on sustainability because it uses yeast leftover from brewing.

As a result of good trend connections, good marketing and some clever new product development, Marmite sales are up. In the UK, for example, a reinvented Marmite has higher sales than any peanut butter brand – no small achievement in a time when protein has become the ‘must-have’ nutrient.

Marmite’s story is not so unusual. The biggest success stories in food and beverage are about reinventing traditional foods, not about creating totally new types of product. You can see this again and again, from Greek yoghurt, to Icelandic skyr, from panforte to cauliflower pizza to broccoli chips.

When looking round for innovation ideas in food, it’s usually a good idea to start by identifying traditional foods that you can reinvent and reposition. It’s an approach that has less risk and higher returns – and yields more ‘disruptive innovations’ and ‘game changers’ – than spending money on innovation consultants and blue-sky thinking.