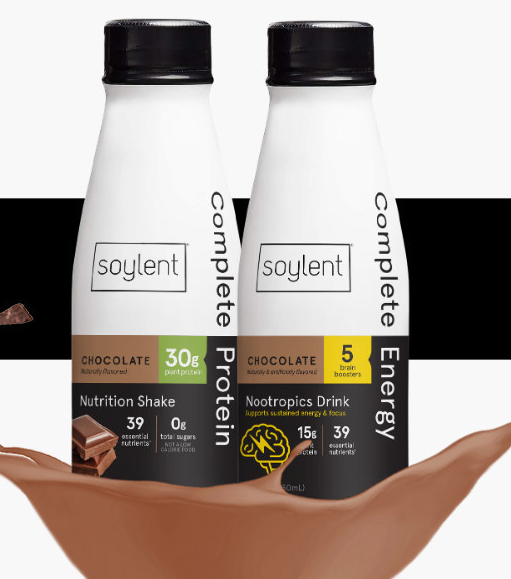 Surging interest in nootropics among millennials has prompted Soylent, the brand for people that want nutrition but don’t want actual food, to launch its first mind-body beverage.

Soylent Nutrition, the US-based company that sells a soy-based meal-replacement line of ready-to-drink shakes, powders, and nutrition bars, has announced it is adding Complete Energy, a drink that “supports sustained energy and focus”, to its line. The new nootropic product is sold on www.soylent.com for $33.00 (€26.90) per pack of 12 330ml bottles.

Billed as the “the first complete nutrition nootropics shake to fuel your mind and body”, Complete Energy is the new name for "Soylent Stacked", which was launched in 2020. The company has kept the original formula, which contains a blend of B vitamins, caffeine, l-theanine, l-tyrosine, and alpha-GPC, and put the nootropic message front and centre.

Founded by Silicon Valley software engineers, Soylent has a futuristic, utilitarian image meant to attract time-starved, busy professionals looking for convenience and nutrition to get them through long work days. Soylent’s revamp of its product as a “nootropics drink” comes as people are increasingly turning to foods and beverages to boost their memory, focus, attention and energy levels – and, particularly during the pandemic, to manage their mood and wellbeing. Over the last few years industry has used the word “nootropics” to describe substances taken to improve cognitive function or mental performance in healthy people (although putting the word “nootropic” on the pack is irrelevant because most mainstream consumers don’t understand what it means).

Many food and drink companies have launched products promising to deliver such benefits – almost entirely without success. Nootropics owe their huge failure rate to the fact that they focus on their cool-sounding ingredients instead of the benefit to the consumer, resulting in few repeat purchases.

With the exception of caffeine, consumers are unfamiliar with nootropic ingredients. It’s in Soylent Complete Energy’s favour that it contains caffeine and B vitamins, science-backed ingredients widely known for their cognitive benefits.

For mood- and brain-boosting products to succeed, they must deliver a benefit that people can feel, or at least think they can feel. It’s only when people feel they’re getting a benefit that you will get repeat purchase.

For more on nootropics, see our Strategy Briefing Nootropics – strategies and ingredients to deliver success in an emerging market here.